Your Buck Goes Further In Pasco 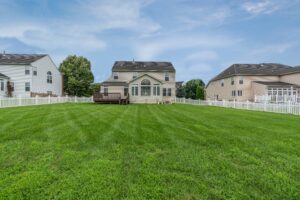 Recent data compiled by Zillow shows that Pasco County not only offers more affordable housing compared to homes in Hillsborough and Pinellas Counties but also has seen average home values increase 5.2 percent over the past year and are expected to increase another 3.2 percent over the next year.

As of September 2019, the average home in Pasco County is valued at $189,000 whereas in Hillsborough and Pinellas Counties the average home is valued at $228,000 and $242,000 respectively. This accounts for a 17% discount compared to Hillsborough County and an event greater 22% discount when we compare to Pinellas. Additionally, Pasco’s availability of land is higher and cost of land is significantly lower than its neighbors to the South. This is illustrated in a July 2019 report showing the median list price per square foot in Pasco County at only $128 when in Hillsborough and Pinellas the same figures come out to $142 and $187 respectively.

Rental properties show substantial savings in Pasco County as well. Properties here exhibit an average monthly rental rate of $1,404; much cheaper than the $1,578 and $1,597 rates demanded in Hillsborough and Pinellas.

In May of 2017, the Bureau of Labor Statistics reported that the average annual wage in the greater Tampa-St.Petersburg-Clearwater metropolitan area was $46,080. Considering the average citizen spends between 20-30 percent of their income on mortgage payments, the average Pasco County employee will be made better off than their Hillsborough or Pinellas counterparts as evident in both the time to pay off a mortgage and what the individual chooses to do with their income after they have paid off their home. That being said, employees living in Pasco will not only pay off their mortgages faster but also divert their future income to other facets of their life that make them better off in the future.